Hello, I am Choki from Bhutan currently studying the flora diversity along with biodiversity conservation. I also manage citizen-science based platform: Bhutan Biodiversity Portal to document Bhutan's biodiversity and make it freely accessible to everyone.

Here I am posting after a very long gap and that too I am posting as a part of National Geographic's explorer assignment. Thus, I will be giving grief information on orchid study in Bhutan.

With initiation of orchid conservation study few decades ago, we have reached at the stage where many people have shown interest in studying orchids. More than 10 species are threatened according to the IUCN Red List. Around 14 species are known as endemic to Bhutan. Almost every year new orchid species are discovered in the country. Researchers estimate over 470 orchids in Bhutan. I chose this topic since orchid conservation is important as it indicates the health of the forests and ecosystem. However, some orchid population are declining over the years due to over-harvesting of orchids from the wild. As some species are edible and ornamental.

Every effort has been put to conserve orchids in the wild by relevant agencies and also through awareness programs among the citizens. Therefore, limiting the amount of harvest of orchids from the wild and instead cultivating it in the farm would be one of the best approach to contribute towards the conservation. 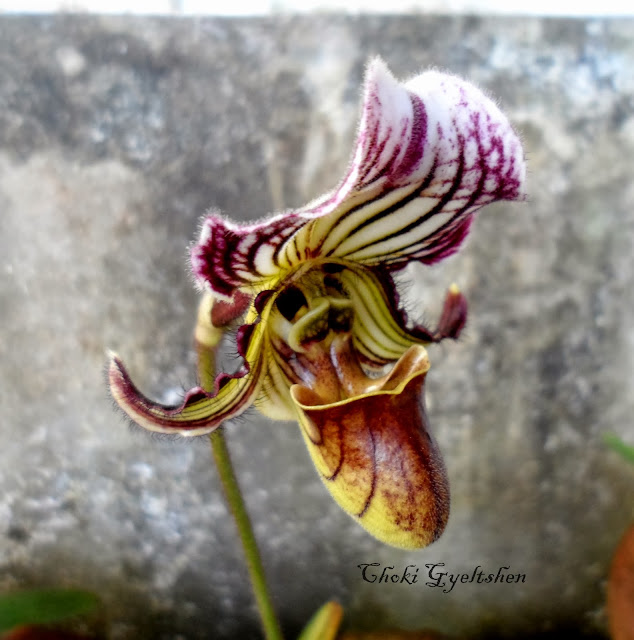 Bhutan is well known for its rich biodiversity and efficient environmental conservation; however certain taxonomic groups are data deficient. The number of new species records and discoveries is expected to increase, since many of the less accessible areas of high biodiversity are still unexplored. This assumption is further substantiated by the fact that a number of new species have been described and new records have been found in the country over the years despite a very low level of taxonomic work. This paper therefore attempts to take stock of the recently discovered and described species as well as new species records for Bhutan from 2009 - 2017. The objectives of this compilation is to provide updated and comprehensive information on biodiversity statistics on new species records and discoveries in Bhutan. At least 31 species new to science were discovered in Bhutan during the last nine years. The new discoveries include 16 species of plants, four moths, four molluscs, one dragonfly, three fishes, one stonefly, and two beetle species. The new species discoveries have occurred at a rate of three species per year. A total of 566 new species of flora and fauna for Bhutan have been recorded.

Like to the article: New Species Discoveries and Records in Bhutan Himalaya
Posted by Choki Gyeltshen at 4:31 PM No comments:

Blue Poppy, The National Flower of Bhutan is a New Species - A compilation of news coverage

The National Flower of Bhutan, Meconopsis grandis is nowhere found in Bhutan, it is found in Sikkim and eastern Nepal. National Flower is upgraded to species as Meconopsis gakyidana from formally known by the botanical name, Meconopsis grandis subsp. orientalis. Along with the discovery of M. gakyidiana,  two more species has been discovered viz. M. merakensis and M. elongata. Among this three new discoveries, M. elongata is also an endemic to Bhutan, found no where else in the world, just found in few pockets in Bhutan. 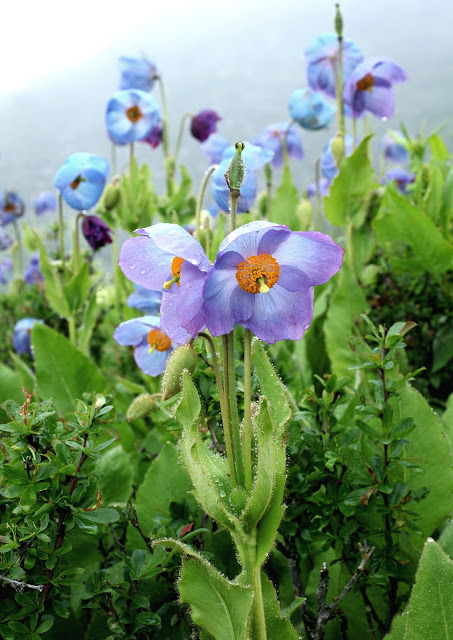 The Meconopsis gakyidiana was named after the country’s guiding development philosophy Gross National Happiness. Gakyid stands for “Happiness” and diana is the nomenclature term for the
flower. National Biodiversity Centre (NBC) senior biodiversity officer, Choki Gyeltshen said that the common name for the national flower in both English and Dzongkha however remains unchanged. The name of Meconopsis gakyidiana is still Blue Poppy in English and Tshengenmeto in Dzongkha.

NBC’s curator of herbarium, Rinchen Yangzom said the scientific name has been changed because the national flower is not Meconopsis grandis. It has been found that Meconopsis grandis is not found in Bhutan. “We don’t have grandis anymore, they are found only in Nepal,” she said. The Ministry of Agriculture and Forests stated on its website that Meconopsis gakyidiana was found to be different from the typical Meconopsis grandis in several important characters such as plant life form, leaf arrangement, leaf colour, shape of the flower and colour of the petal. “Thereby warranting a separate identity of species rank,” it is stated. The researchers also found that the Meconopsis gakyidiana is found only in Merak and Sakteng in Bhutan. “Meconopsis, which are similar in colour and are found in Paro, Haa and Bumthang are not Mecanopsis gakyidiana, which people misunderstand with the national flower,” Rinchen Yangzom said.

Posted by Choki Gyeltshen at 1:55 AM No comments:

From the "Plants Endemic to Bhutan Himalaya", 2015: (few changes in species)

Posted by Choki Gyeltshen at 10:09 AM No comments: 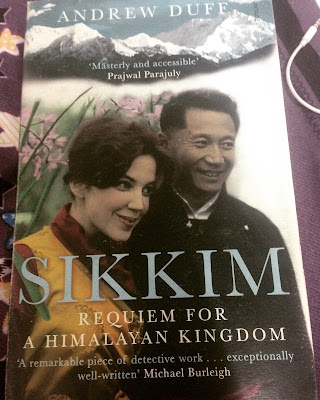 Sikkim was an independent small nation in the Himalayas, like a fairy-tale kingdom with a king and an American queen. Sikkim is now an associate state of India, lying in the northeast India, bordered with China in the north, Bhutan in the east and Nepal in the west. The author, Andrew Duff in his book ‘Sikkim: A requiem for a Himalayan Kingdom’ describes vividly the true story of this tiny country, which was annexed by India in 1975, despite being survived throughout the reign of the British Empire in India.

King Thondup Namgyal mostly referred as ‘Chogyal of Sikkim’ was the 12th and the last Chogyal of the Kingdom of Sikkim and his beautiful American Queen Hope Cooke the last queen of Sikkim. Chogyal Thondup’s like for alcohol was well known among his people. Andrew Duff through his extensively researched book goes into the details of the situation and annexation of Sikkim. Sikkim being faced threats from China after the annexation of Tibet by the Chinese, the Chogyal Thondup developed good relation with Indira Gandhi, then the prime minister of India and signed a treaty between the two countries. Sikkim then had been the protectorate of India, especially with the dealings of foreign affairs.

Due to geopolitical problems and the pressure from China in the north, India was concerned about the situation of Sikkim, since China seemed interested in Sikkim and other parts of country. India gradually got involved in the internal politics of Sikkim and constitutional democracy was enforced, in which the Kazi and Kazini, pro-Indian politicians gradually was gaining political power with the backup from India. Despite having treaty between the India and Sikkim, Indian involvement in Sikkim kept on increasing with the appointment of a political officer and increasing the presence of Indian military. Thondup’s power kept on diminishing and his hope for an independent nation seemed to fade away and in addition his wife the queen Hope Cooke has returned to New York. Hope Cooke also did try to help Thondup to strengthen the status of Sikkim, she also founded the Friends of Sikkim in America and also consulted many officials from the United Nations for the membership but in vain.

Soon, Sikkim got gradually flooded with immigration of Nepalese and Indian population, which made Thondup even more worried that his ethnic might turn into a minority. With the constitutional democracy in place, Kazi and the Indian appointed political officer with the help of India conducted election in Sikkim to merge Sikkim with India as an associate state. This book describes in great detail of the status of the Chogyal and the electoral processes. Majority of votes favored Sikkim to be an associate state of India and the position of Chogyal was eventually removed. Thousands of Indian military were present in Sikkim, public demonstrations were evident and the Chogyal’s palace was also surrounded the Indian armies. In 1975, Sikkim became the 22nd state of India despite having strong opposition from China.


This book reminds me of how fragile the smaller countries are especially when its neighbors are large and powerful. As a Bhutanese, I am very much thankful to our brave and farsighted kings.

Again here are some pictures from my visit to Phajoding trek, in Thimphu, Bhutan 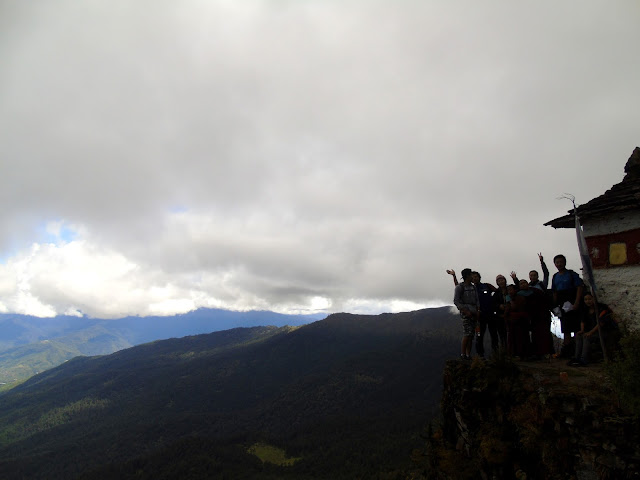 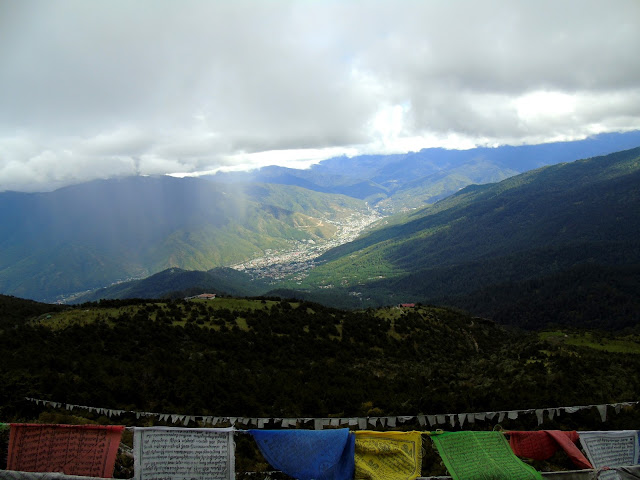 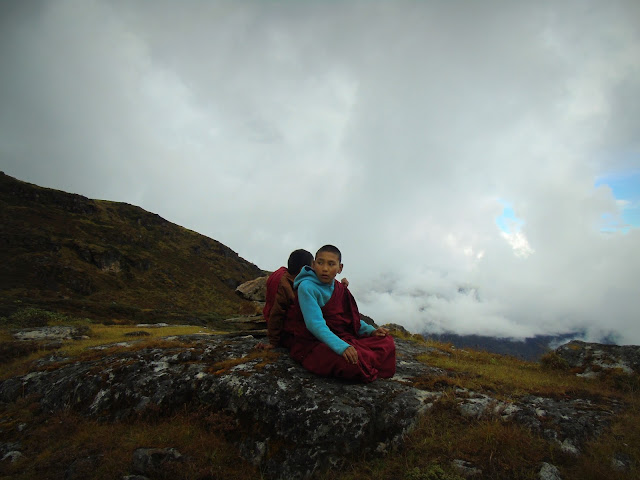 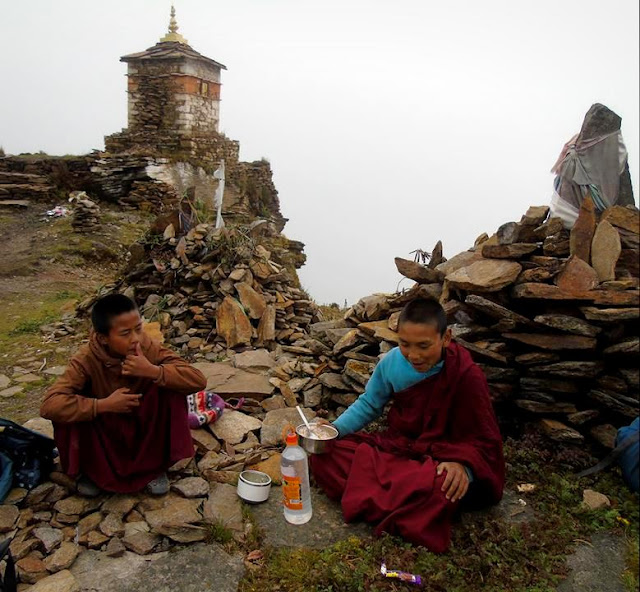 Posted by Choki Gyeltshen at 7:01 AM 4 comments:

Here are few photos of my visit to Venice, a beautiful island. 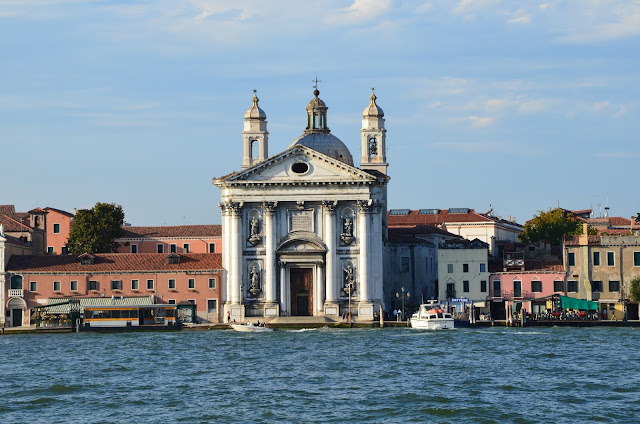 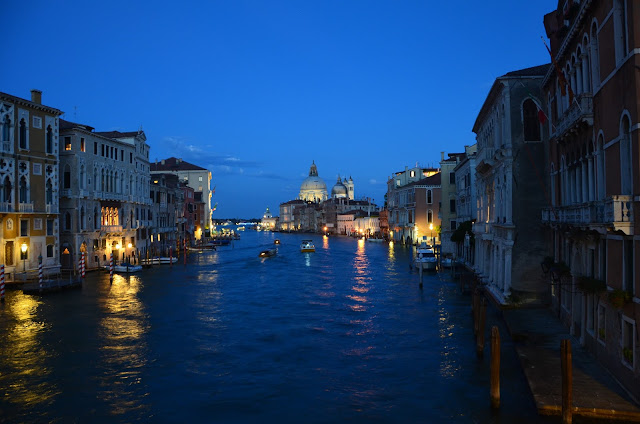 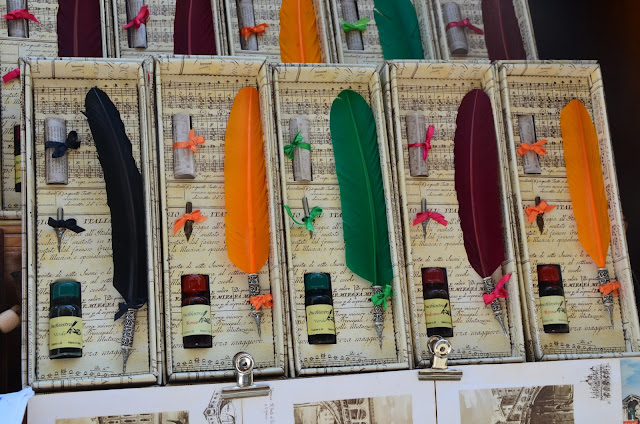 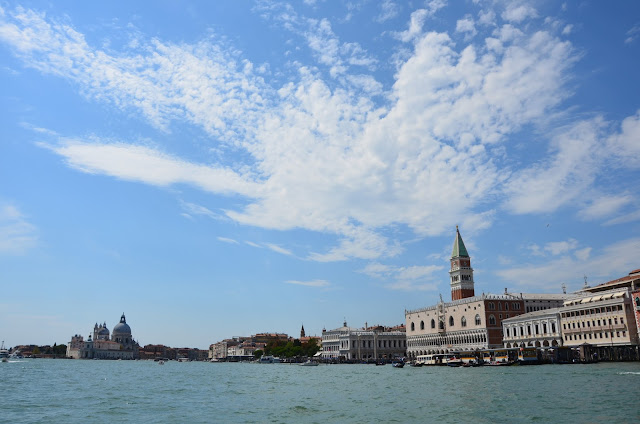 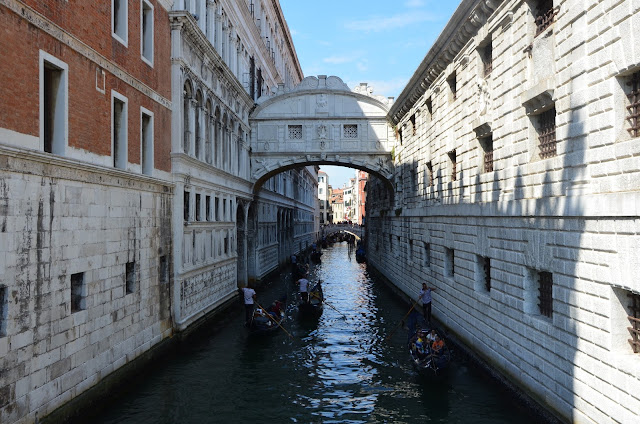 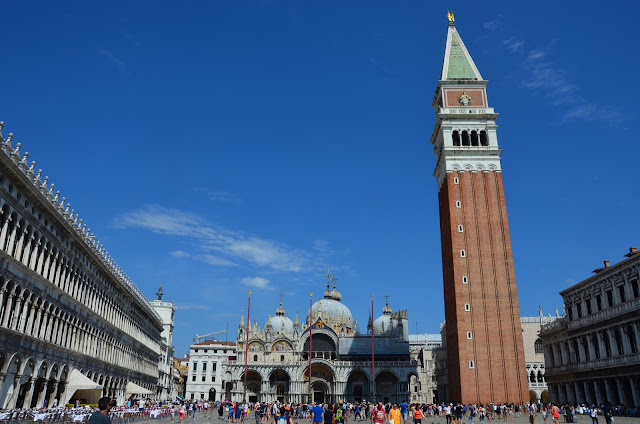 Posted by Choki Gyeltshen at 1:00 AM No comments:

Something interesting to google about it :) 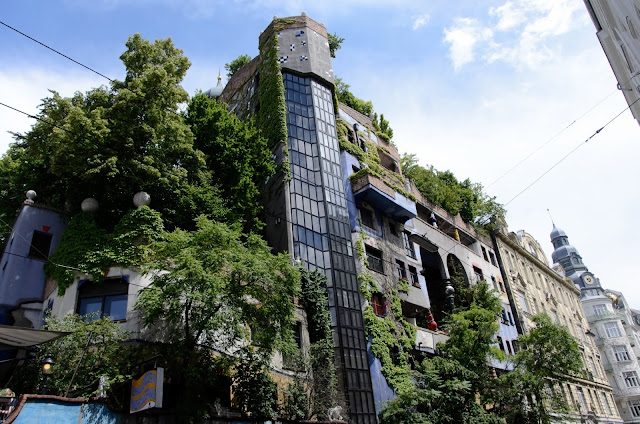 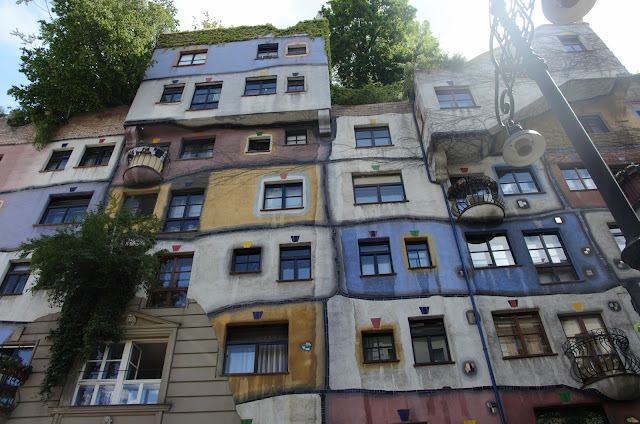 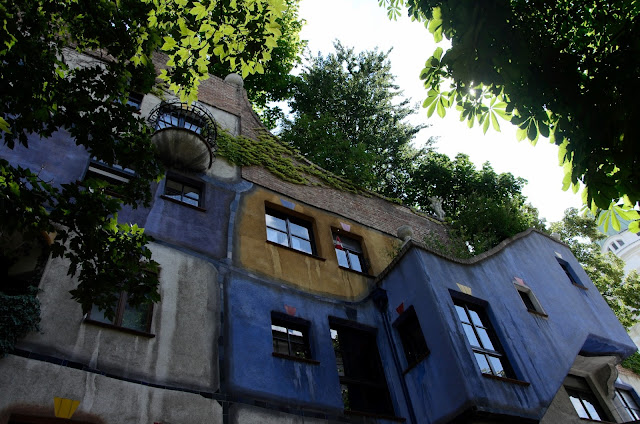 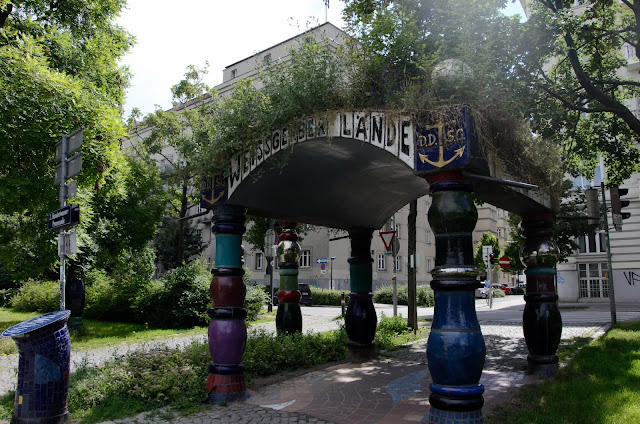 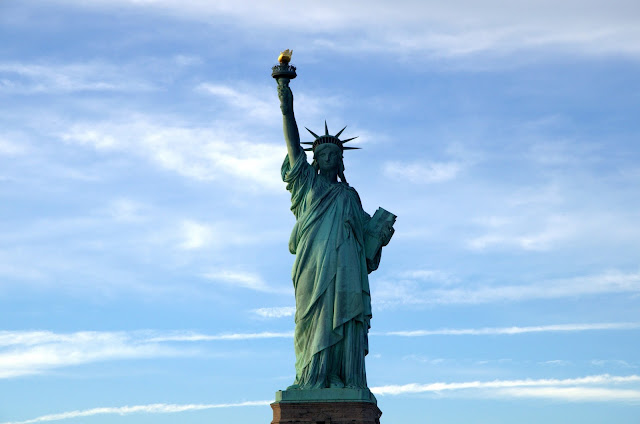 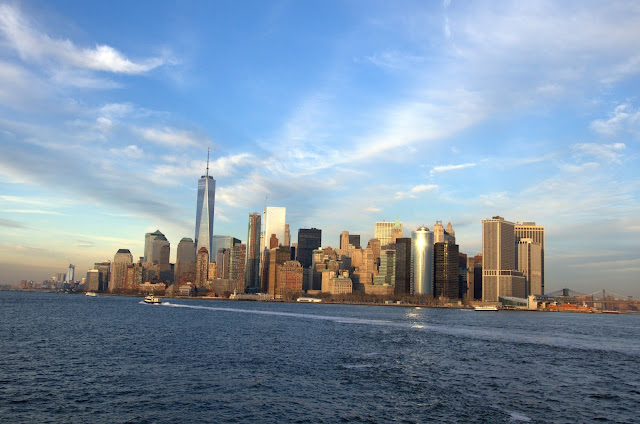 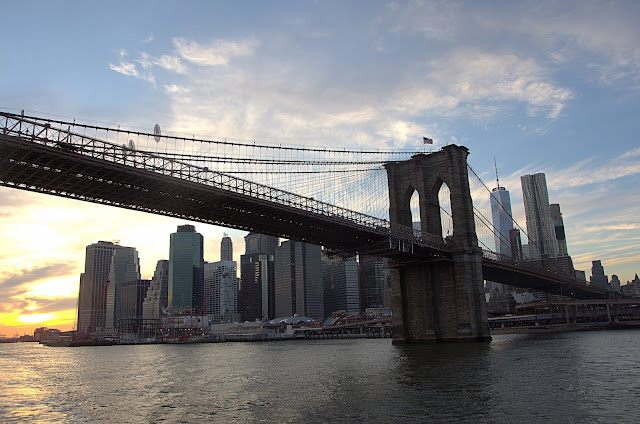 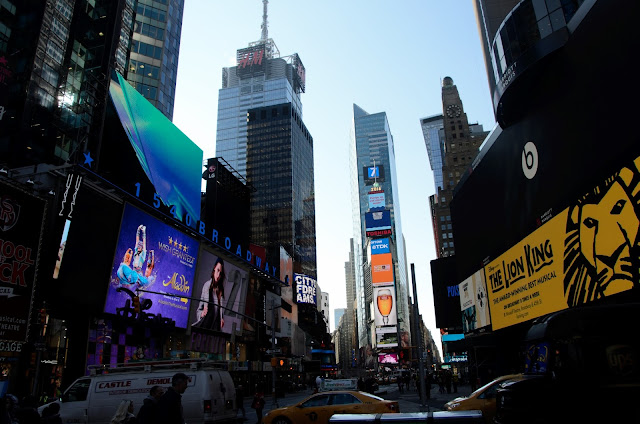 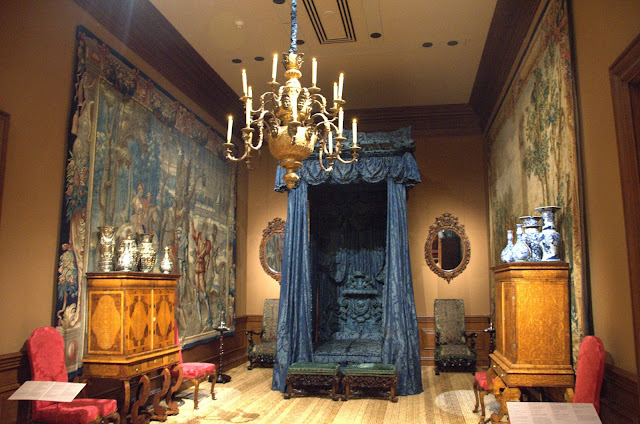 Choki Gyeltshen
Thimphu, Bhutan
A Nature loving guy trying to see things as they are. He likes almost everything that exists on earth.

Memories I wish it exist and doesn't exist but existed

I lay on a wooden bench in a small park on a beautiful sunny day with my view on few clouds floating in the blue sky. Thimphu's weathe... 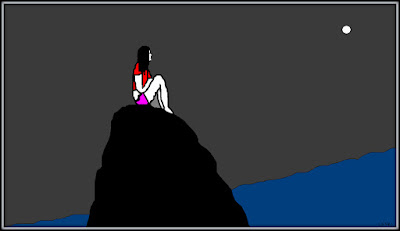